The phenomenon of Michael Jackson continues to be surprising and amazing even after the performer’s death. Aside from the commercial potential of his music, the public seems to be in great need to keep seeing Michael’s image, not just hearing his songs. The new generation of the singer’s fans shows huge demand for Jackson’s presence in the modern reality, even if it’s just in the form of a hologram. 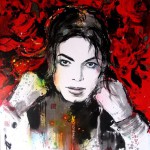 After the release of the second posthumous collection of songs, Xscape, a new wave of interest has arisen, and the Michael Jackson Estate keeps experimenting with various visuals to keep the demand high. We have already heard pseudo-duets with contemporary pop singers, seen Cirque du Soleil tribute shows and a “Michael Jackson” hologram at the Billboard Awards 2014. 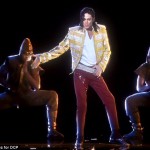 After the hologram performance, the public opinion is split, as usual. There are those who speak of “fraud” and “cheating,” accusing the show organizers of using an impersonator instead of the original “digital” Michael. But the undisputed fact is that even such a hologram was enough to make a big portion of the audience cry in awe. 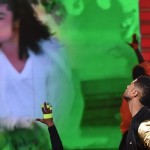 Michael Jackson is in high demand in the modern showbiz not just musically, but visually too. The audience doesn’t want to let him go, and videos of his legendary performances and short films are not fulfilling the demand. The audience wants the resurrection of the hero.

Once in an interview, Michael mentioned that he liked superheroes and didn’t mind to be one of them. Today, you can say that he’s become one. For young people all around the world, Jackson is not a real man anymore, he’s a superhero. He is a half imaginary character, a recognized and much admired image. You can dress like him for Halloween, you can cosplay him, you can write stories and songs about him or draw his face in a school notebook. 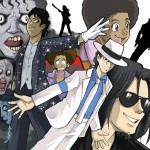 Still, a hero needs to be corporeal. Just like with Harry Potter or Spiderman, someone needs to try on the character image and breathe life into him in reality or at least on the movie screen. Michael’s image is already living in various kinds of art. Talented artists paint his portraits and create comic strips about him, sculptors make his busts, doll collectors make photo stories starring Michael the doll, and amateur writers write tons of fanfiction stories where the character falls in love, suffers, rejoices and lives through a thousand alternative lives. 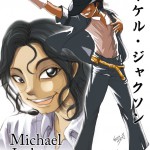 Ironically, Michael Jackson’s own corporeal form is way too small for him now. The public wants him in all possible forms: real, computer-made or drawn. It wants him to sing a new song, create a new dance sequence, wear a new costume, star in a new short film — in other words, to be present among the living in every possible way. 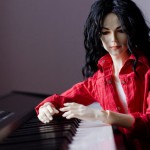 Naturally, Michael Jackson has countless imitators, and there is no shortage of work for them in the last few years. The singer impersonators offer a rich entertainment menu – an office party with “Michael Jackson,” his “live” show or a special performance for your birthday (for a fee, of course).

The need for Michael’s presence in our reality is so strong that there are people who still believe he hasn’t died. The so-called “believers” have a theory that Jackson thoroughly planned and staged his death. They believe that their idol will come back eventually. Still, despite the sincerity of their beliefs and hopes, coming back from the dead is very unlikely even for Michael Jackson. Nevertheless, Michael’s «image and likeness» will undoubtedly secure an eternal life for him.

His image is so vivid, unique and bold that none of the modern performers can compete against him. The throne of the King of Pop is empty, and it’s beyond anyone’s power to climb on it. His one-of-a-kind talent and originality provokes reverence and creates a precedent when not only a crown cannot be claimed by anyone, but nobody really dares to claim it. A very interesting situation when a performer isn’t alive anymore, but he’s wanted more than during the last years of his life.

Perhaps, the Estate has to consider options of creating a worthy visual incarnation of Michael Jackson. Not an impersonator, not a fragment taken from the video archives, but an exact copy of the real person, a computer embodiment. Modern technologies allow creation of human-like aliens, beasts and elves, so why can’t we “revive” one of the most wanted and popular entertainers? As we all know, the demand stimulates the supply — and the demand is very high. The profitability of the 3D-Michael is guaranteed. If the model fully conforms to the original, even the most biased fans won’t have anything to pick on, and critique of mismatch of the impersonator’s buttocks used for the hologram will become a thing of the past. 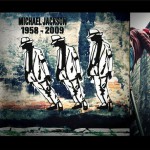 This suggestion might look preposterous at first, but if you think about it, a lot more incredible things have been going on around Michael Jackson’s image for years. This man was said to have connection to the supernatural world and managed to overcome the boundaries of the conventional reality while he was still alive. So who, if not he, would be the best candidate to start the new era of endless virtual life of the image and the music?